Discussion about a European plastic tax – are we on the right track? 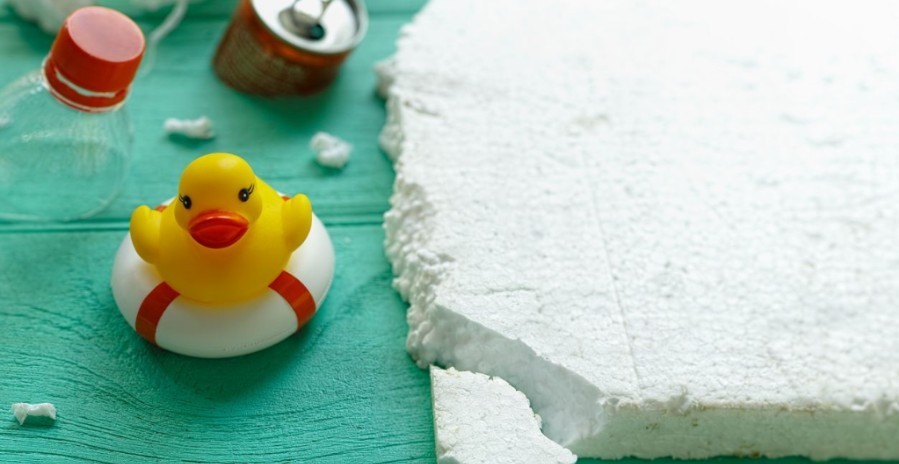 Reporting on a possible EU plastic tax has met with a great response: non-recyclable plastics such as plastic plates, disposable cutlery, plastic straws and cotton swabs are to be banned from supermarket shelves. EU Commissioner Oettinger demands that EU countries that do not achieve a recycling rate of 80% have to pay 80 cents for every kilo of non-recycled plastic. The Commission justifies the tax with the protection of the oceans. But perhaps there is also a purely economic reason behind it: The timing of the EU plastic tax coincides with China’s ban on waste imports. Europe suddenly has to fight with its own garbage mountain (or find new garbage routes).

In order to actually fight the images of dead whales with tons of plastic in their stomachs, the tax would have to be significantly increased! Plastic plates and cotton swabs make up only a tiny part of the total plastic waste. What about 300,000 tons of polystyrene, which are processed into disposable polystyrene packaging every year in Europe alone? Imagine the picture: Every year we could hide the Greater Munich area under a 150 m high mountain of Styrofoam. Every year! The only part of Munich you would see would be the Olympiaturm. Instead, the EU is dealing with cotton swabs. Where is the impact?

Ultimately, the discussion about a tax is only accelerating the trend: the days of plastic design, plastic toys, plastic packaging, plastic furniture are over.

The straw made of straw again? Why not? By the way! We at Landpack continue to work for a cleaner environment!