Landpack selected for Accelerator Program of BayWa and RWA

Apart from us, only one other Ger­man start-up had made it into the final race. They all have one thing in common: 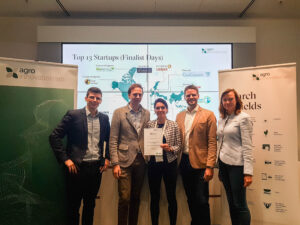 The press relea­ses can be found here at AIL, RWA and Bay­Wa.

In order to provide you with the best possible advice, we need some information from you.
Go to Top