Landpack is committed to the rewetting of peatlands. 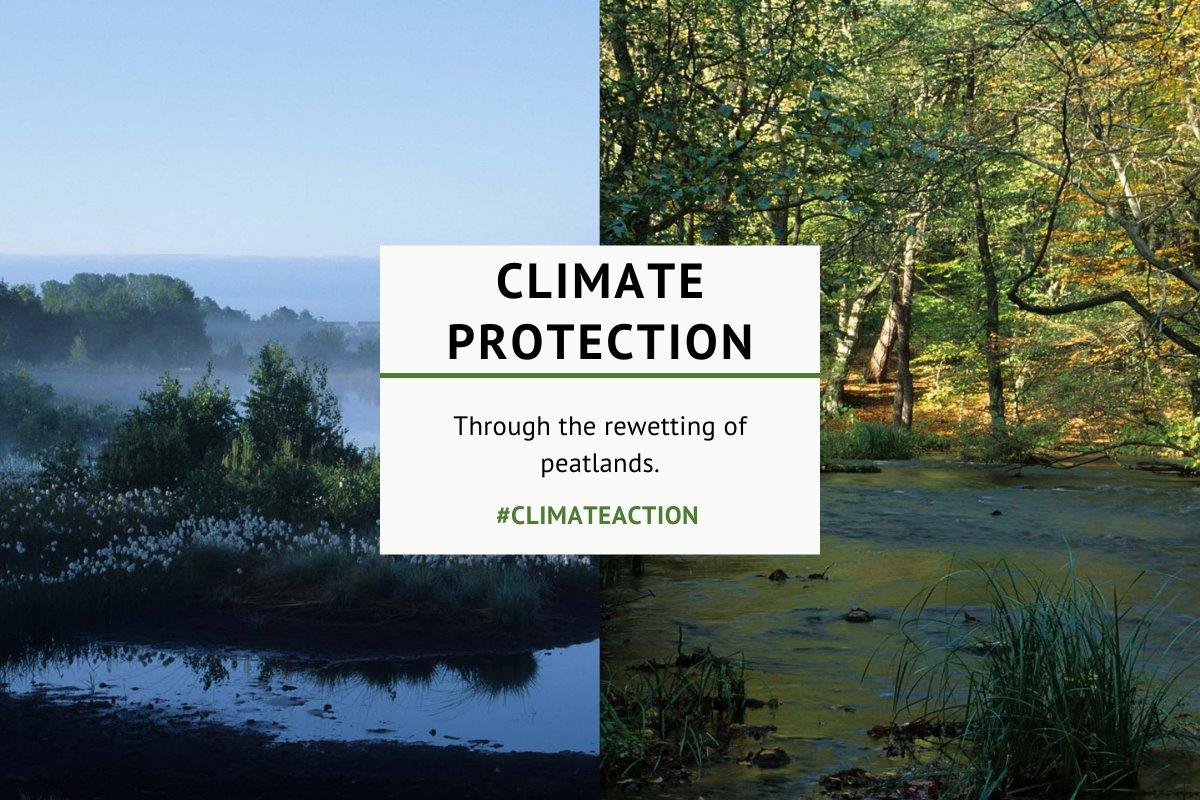 By investing in the rewetting of peatlands, we are committed to genuine climate protection and biodiversity.

Climate neutrality seems to be the ultimate goal – for countries, companies and private individuals. More and more companies are turning to carbon offset projects – primarily in developing countries – in order to compensate for the carbon footprint they have created here (at least on paper). Unfortunately, it is far too easy, cheap and uncontrolled for a company to call itself CO2-neutral because of such projects. Many companies also claim to be climate-neutral, which is increasingly being admonished by the courts.

At Landpack, we really strive for CO2 neutrality across all three scopes. Thus, we use 100% green gas and 100% regional green electricity in production and administration. Thanks to our patented straw fiber processing technology, we have minimized our energy consumption to just 20–25 kWh/m³, 2% of Styrofoam. By sourcing straw as a local raw material, we keep transport distances within a radius of less than 10 km. Emissions that nevertheless occur– like when producing our cardboard boxes or transporting our packaging to customers – we offset through MoorFutures® carbon credits.

Peatlands play a critical role in climate and environmental protection. The peat in peatlands stores twice as much carbon as is contained in the world’s forests. Thus, peatlands are the largest carbon store on earth. Although we have known this for a long time, 1/5 of all peatlands worldwide and in Germany even 95% (!) of the peatlands are drained, turning the valuable carbon store into a greenhouse source. 5% of the total German greenhouse gas emissions come from the drained moor soils.

MoorFutures® stop greenhouse gas emissions by rewetting peatlands and bind CO2 in the long term. At the same time, MoorFutures® preserve the diverse moorland habitat and enable the protection of biodiversity.

In contrast to international CO2 certificates, MoorFutures® are based on peatland protection projects in Germany that are visible and verifiable for everyone and are – at 65€/tonne CO2 – far above the usual compensation projects.

The relevance of peatlands as climate protectors is illustrated by the recent award of Prof. Dr. Hans Joosten with the German Environmental Award of the German Federal Environmental Foundation. Through his research and decades-long fight against peatland drainage, the peatland scientist repeatedly draws attention to the fact that we urgently need peatlands as climate protectors.