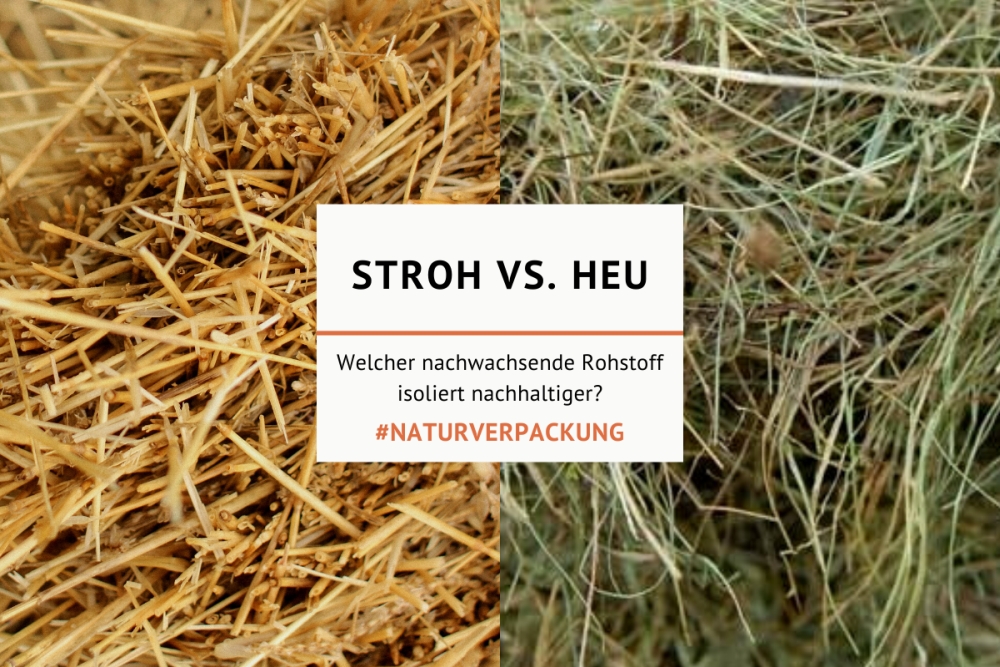 ‘We are really excited about your hay boxes!’ We hear that regularly. But is our packaging really made of hay? And what actually is the difference between straw and hay?

What is self-evident for a farmer may not be so clear to some: straw is a residue from the harvesting of cereals such as wheat, barley, or rye. Hay on the other hand is dried grass produced by mowing meadows.

But which of the two renewable raw materials can be used more sustainably? Hay is definitely one of the most important sources of feed for animals. Straw on the other hand is often used as bedding in stables but as a raw material remains mostly unused worldwide. No other biomass accumulates in such quantities every year with such a simultaneous lack of recycling strategies. An unbelievable 10 million tonnes of straw can be used annually outside agriculture in Germany alone without any negative impact on the humus balance. In contrast to hay, straw does not compete for land or food.

Our technology is also patented for processing hay into insulation material. Actually, we have already made Landboxes® from hay but prefer to focus on straw because of the clear sustainability advantage!